Four Reasons the Grateful Dead Is the Most Powerful Musical Cult

I’ve been on tour opening for Andy Frasco and the U.N. and yesterday we had a day off in San Francisco. Three hours into being a tourist into that town while visiting that one house they used to live in or whatever, something became clear to me. The Grateful Dead fan base is the most intense cult in music. Of course, every band is a cult to some degree, or at least attempting to be one, but Deadheads are the most impressive. It’s really not even close.

When I say cult, I mean a full-fledged religion. This is in stark contrast to the cult centered around a band like Phish, who’s shows feel more like weekend at Gen Con than visiting a church. The Grateful Dead take themselves very seriously and their fans mostly take them seriously too. It’s why Phish fans are funnier than Grateful Dead fans.

Here’s some reasons why I have a deep respect for the Grateful Dead and their fans, the greatest cult in music history.

1. They have a clear leader – Obviously, I’m talking about Jerry Garcia. If you didn’t already know that, you probably wouldn’t have read this far. The only thing more effective than a clear and defined leader is a clear and defined leader who has been dead for many years. It’s pretty crazy that the Grateful Dead’s leader isn’t the hottest guy in the band, which is clearly Bob Weir. 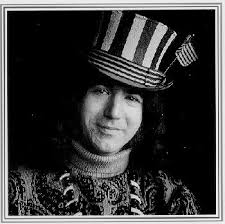 Adding to the legend of Jerry Garcia, there are some people that got to see him play and some who didn’t, creating a social hierarchy within the group that many cults thrive on. It’s like a good version of L. Ron Hubbard and Scientology, if you think about it, but don’t think about it.

2. They believe their leader has special powers – Jerry Garcia’s fans believe he is the greatest guitar player of all time. If that’s not a special power, then what is?

3.Pilgrimage – The Grateful Dead is one of few bands I know of that has a pseudo-Mecca. What is now a nondescript Victorian house at 710 Ashbury Street was once the place where a group of guys who would spawn an entire subculture lived. Whether you like the subculture or not, this is true. It is one and they did spawn it.

It’s crazy to think that some of their neighbors probably just looked at it begrudgingly like some frat house. This is the part of the article where I pitch a reality show where the surviving members of the Grateful Dead all have to move back in together for a couple months in that house. Dead House: When Keeping It Heady Gets Real. I really just want to see Bob Weir use a microwave.

4. Spirituality – The Grateful Dead and their fans share a deep spiritual connection. This is true to the point that the fans literally refer to consuming Grateful Dead media as “church”. Even at Dead and Co. Shows today, you can feel this church-like energy in the crowd.

It should be noted that the Grateful Dead at least have the dignity to pass the collection plate ahead of time unlike some grifter like Joel Osteen who waits until people are trapped in their seat to take the money they were going to save for retirement.

All of these things make the Dead the most powerful cult in music history. Adding to this is the band’s relative isolation from the rest of the music industry. The Grateful Dead are one of the most successful bands in history, but a lot people that have never listened to their music. You can’t say that about the Beatles or the Rolling Stones. You especially can’t say it about U2 since they hacked all our phones with that one album. There are also people that seemingly solely listen to the Grateful Dead and nothing else.

The Grateful Dead is a band bordering on a religion, who’s music will probably be played for centuries, providing the human race survives that long with the technology needed to listen to music, so at least 10 or 20 more years. Can’t promise anything beyond that. Either way, both the music and the culture will outlast every member of the band.

Thank you for consuming my media. Please purchase my merchandise here.